HOW TO MOUNT A PATCH ON STENCIL MATERIAL 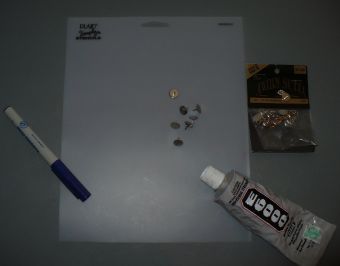 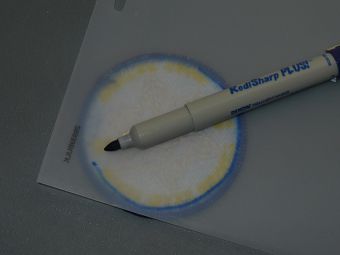 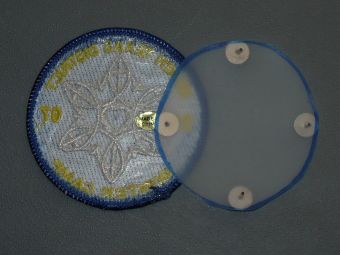 3. Decide how many tacks to use on the patch. For most patches you want to use 4 but if the patch is large or an unusual shape it may require more to be secure. If the patch is small it may only take 2.

4. Arrange the tacks on the back of the patch where you think they should go. For Oval patches use 4 tacks, place them in a diamond shape; one each at
the top and bottom and one each on the left and right. Place the tacks between a 1/4th of an inch to 1/8th of an inch from the edge.  I generally place the tack through the stencil material so that the flat back edge of the tack almost touches the edge of the stencil.

6. Once you have the Glue on the patch and the stencil material align the two pieces and press them together.

7. Use cloths pins around the patch to hold the stencil material in place as the glue sets. Leave it overnight for best results. 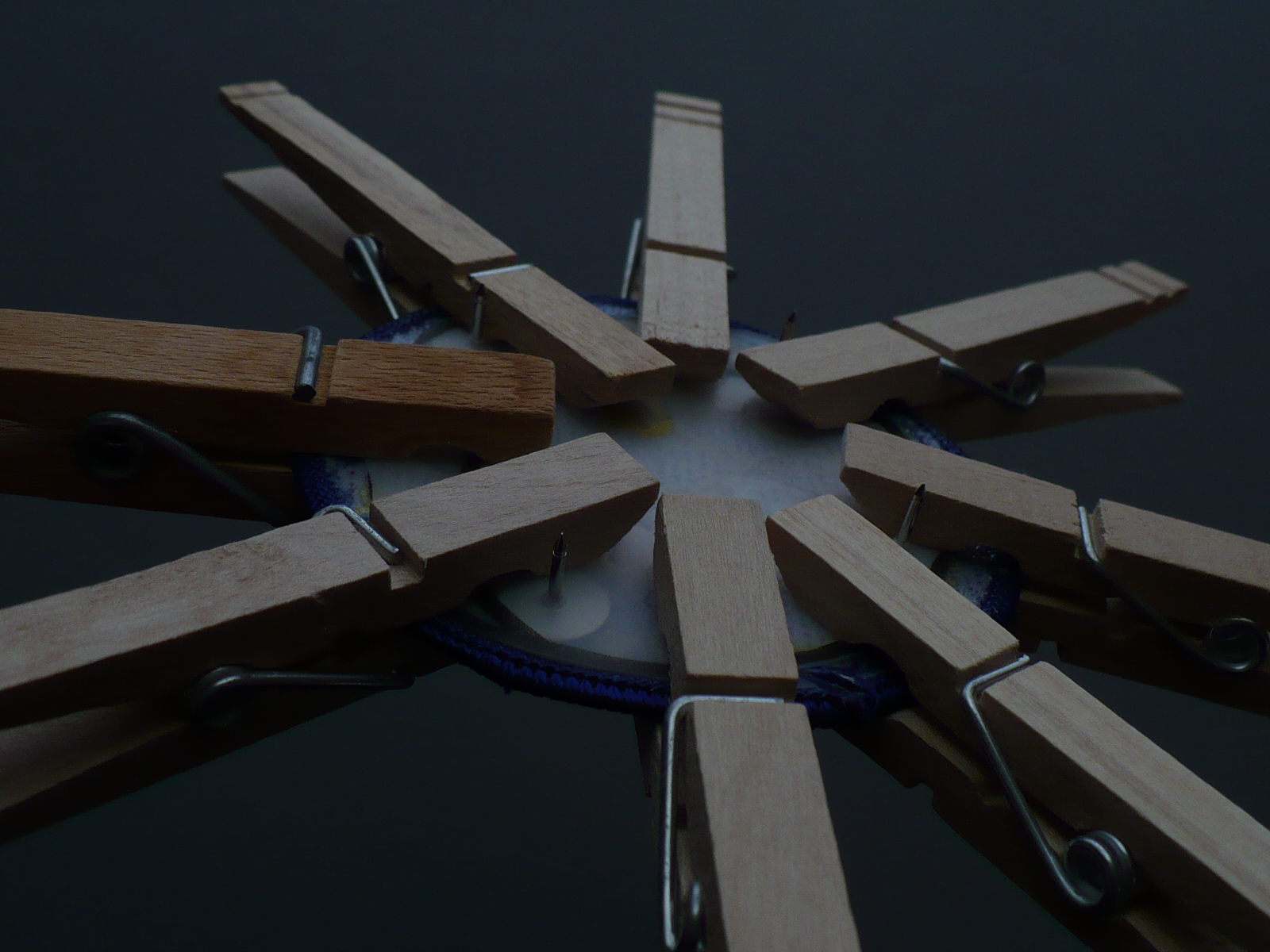 8. Remove the cloths pins and clean any excess glue from the patch. If you have been careful and only used a very thin layer of the glue then you should
not have much to clean up.

9. Mount the patch on your Uniform proudly. 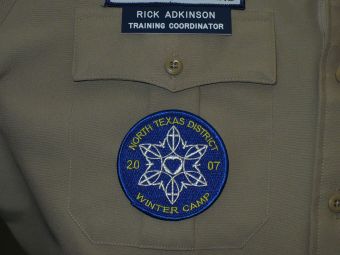